Staying informed is kind of depressing. The main downer today is that 88% of the nation’s corn crop is being damaged by the hottest year ever recorded in the United States. For relief, I think about worms.

I got interested in the composting worm, Eisenia foetida about ten years ago, and have since found its presence in my conscious a source of great comfort and hope. I have shared its teachings in elementary schools for years, and that has been one of the most enjoyable undertakings ever. 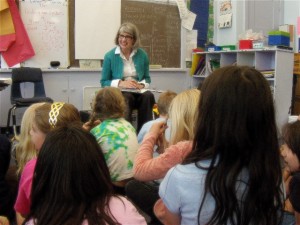 Those children learn a respect for the worm that contradicts earlier press. For example, here is a quote from the eighteenth-century minister Jonathan Edwards in his damnation of sinners:  “A little, wretched, despicable creature; a worm, a mere nothing, and less than nothing; a vile insect that has risen up in contempt against the majesty of Heaven and earth.”

I wish to contradict. One could well emulate the worm, which, in its composting mission is a veritable alchemist, one vital to the health of the earth–which we, of course, are not. Actually, probably the opposite, but more on that later.

I learned about the worm in my capacity as a writer preparing promotional materials for worms and worm castings. I learned that they eat half their weight in food a day. That food is organic garbage that would otherwise be a great nuisance, and its passage through the worm’s digestive tract turns it into the best soil amendment known to man.

The castings the worm produces have earned the name “black gold” because they are so abundant in vitamins, minerals, and microbial life. They give soil good texture and help it retain moisture, and they facilitate the plants’ uptake of vital nutrients.

I have personally observed for years their magical effect on both garden and house plants. If everyone were composting their organic waste with worms instead of putting it in landfills and down the garbage disposal, the United States would soon look like the Garden of Eden.

The worm isn’t a whiner either. Confronted by a mountain of horse manure, it goes about the business of transmuting it, one tiny mouthful at a time. I think of that often as I plow through the daily mountain of bad news. The challenges are overwhelming, and we must all be haunted by a sense of responsibility to do something to help out somehow, somewhere.

I do some larger things, but the worm reminds me also of the importance of the small ones. Small decisions can eventually be very powerful. For example, I’ve decided never to see another violent movie. If that idea spreads among others, change will happen.

In working with the children, I have shared the worm’s industrious philosophy. I fear for the students sometimes, understanding all too well the dimensions of the problems they face. I hope that when the time comes, they will remember the worm’s example in turning garbage into gold. Mouthful by tiny mouthful, it proves that anything is possible: “Yard by yard, life is hard. Inch by inch, it’s a cinch.”

One Response to “Worm Wisdom”