“When you see a new trail, or a footprint you do not know, follow it to the point of knowing.” 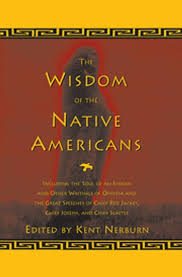 In staging my home recently for the purpose of selling it and downsizing, I put a special book on my beside table. Perhaps it has magical properties. The first couple to walk in the door bought my house.

The title of this beautiful little book is The Wisdom of Native Americans. I bought it 20 years ago, but it seems extremely timely in the moment. This is not only because I’ve been doing a lot of research on Indian ruins but also because the words of the wise men and women captured here seem like a form of guidance in our troubled moment.

The primary voice in this book is that of Ohiyesa, a member of the Sioux nation in Minnesota. He was born in 1858. When he was four years old, his people rebelled against the US government because it was withholding payment for their land and trying to starve them. Many of their men were killed, but Ohiyesa’s father survived. After many years of incarceration, he reappeared to teach Ohiyesa how to be a new type of warrior in the world of “whites.”

Ohiyesa became Charles Alexander Eastman. He eventually went to Dartmouth College and attended medical school at Boston University. He had a wide-ranging career as a physician and a leader trying to build “bridges of understanding,” as the introduction puts it, between Indians and non-Indians. He also participated in the founding of the Boy Scouts of America. 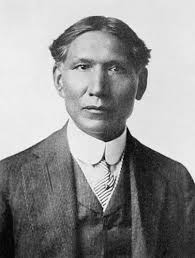 As well as Ohiyesa’s writings, this book includes quotations from Indians of many tribes, and it illuminates their values and closeness to the earth like nothing else I’ve ever read. Ohiyesa also provides a perspective on us that is a little uncomfortable, as follows:

We original Americans have generally been despised by our white conquerors for our poverty and simplicity. They forget, perhaps, that our religion forbade the accumulation of wealth and the enjoyment of luxury. To us, as to other spiritually-minded people in every age and race, the love of possessions is a snare, and burdens of a complex society a source of needless peril and temptation.

The Indians had never known money until whites arrived on the scene. Kahkewaquonaby, an Ojibwe, said that our motto seemed to be “Money, money, money, get money, get rich, and be a gentleman.” Piapot, a Cree chief, saw evidence of this in the simplest of things: “The white man who is our agent is so stingy that he carries a linen rag in his pocket into which to blow his nose, for fear he might blow away something of value.”

How telling these quotes are in the moment. The accumulation of wealth appears to be the thing Americans admire most and also aspire to as an index of self-worth. And we tend to feel disdain for those who have not prospered. But two things are up right now that may serve as the leading edge of a drive to rethink our values as a nation.

THE RETURN ON INVESTMENT

One is that a growing number of college students are graduating too freighted with debt to feel upwardly mobile. Owning a home and starting a family, our traditional goals, are many years in the future. Perhaps many graduates did not research the highest paying degrees.

If you go beyond technology and science in this research, the top three highest paying degrees are economics, finance, and accounting. Among the next 15, there is no sign of a degree in the humanities, a subcategory of liberal arts that includes literature and history. Literature famously creates empathy for people who are unlike the reader, and a knowledge of deep history might serve to mitigate our bullying sense of superiority on the world stage.

Liberal arts and the humanities encompass studies that typically do not make a lot of money, but what if young people begin to get tired of the focus on “making it” financially? After all, they’re hearing a very unbecoming story about the wealthy. I refer to the current scandal about the bribing of academia to get their children into elite colleges. It’s possible  that wealth has become so empowering that parents didn’t even realize that what they were doing was not good–another cause for concern.

Our culture has been shaped in recent decades primarily by the baby boomer generation. These are the people born between 1946 and 1964 and in a time of unprecedented affluence post-World War II. They are a huge cohort–about 76 million people–whose values have dominated our culture ever since. They have been likened to “the pig in the python.” Very apt. A lot of piggies in the group. (Born in 1945, I can cast aspersions.)

The terms of success in the boomer cohort have created not only huge disparity in wealth but also the idea that the primary value of citizens depends on how much we consume to keep the ball of economic growth rolling. The advertising industry supports this, and the invention of the credit card enables us to buy, buy, buy whether we have the money to pay for it or not. According to CreditDonkey.com, the average individual credit card debt stands at $5,331 so far this year. 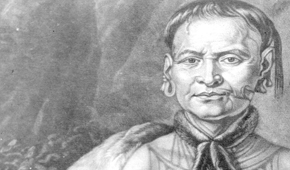 Debt must be a major factor in a recent Gallup poll finding that Americans are among the most stressed people in the world. Perhaps it is time to turn to the wisdom of yet another Indian for guidance. Here is a quote from Tomochichi, a Creek Chief in Georgia:

The more I consider the condition of the white men, the more fixed becomes my opinion that, instead of gaining, they have lost much by subjecting themselves to what they call the laws and regulations of civilized societies.

I would like to edit that quote by referring to “the laws and regulations of civilized and materialistic societies.” What we have lost is freedom. Laws, regulations, and conventions dictate to us on many fronts. Most damaging, perhaps, are pressures that may cause individuals to betray their true intellectual and creative gifts if they basically do not make a lot of money. Fortunately, more and more people are beginning to think outside of the box created by their elders.

The Indian expressions of love for “mother earth” and the wonderful lives in close companionship with her may provide inspiration. After all, when we are stressed, time in the natural world can be the best therapy possible. Unfortunately, it is shrinking and becoming less and less accessible without effort and expense. At the same time, incoming severe weather may speak of the urgency of protecting what is especially precious to us all.

Roads and trails and the woods have figured prominently in my recent writing, so here is a related point. The classic hero’s story began with a journey deep into dark woods where adventure resulted in transformation. In the moment, it seems that there is a collective need to embark on a heroic journey that will take us, not back to glories of the past, but to a brighter future for which there is no guidance in history.

Now back to the quote with which this post began. It is by Ohiyesa’s grandmother, Uncheedah: “When you see a new trail, or a footprint you do not know, follow it to the point of knowing.” This trail may be understood as imagined through encounter. It might begin with The Wisdom of Native Americans then lead to the wisdom in another book, The Hero with a Thousand Faces by the great mythologist Joseph Campbell.

I have no doubt that there are many young people, both male and female, who are up for a heroic journey that will not only enable them to achieve their full, unique potential but also transform our compromised culture. Our country certainly needs them, and as a pre-boom elder, I wish them a splendid experience with success.

5 Responses to “Yet Another Trail”